Concussion and CTE Not the Same Thing 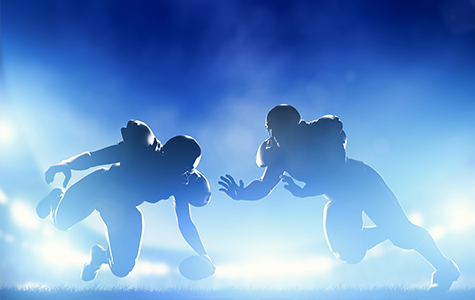 The December release of the Will Smith movie “Concussion” brought the discussion of brain health to the lobby of every multiplex in the country.

In the film Smith portrays pathologist, Dr. Bennet Omalu, who refuses to be deterred in his study of how the cumulative toll of repeated football-related concussions can lead to chronic traumatic encephalopathy, or CTE. Until a decade ago the degenerative brain disease was thought limited to punch-drunk boxers, but is now known to afflict many retired football players.

For time and drama, the movie condenses events and science and, from its title alone, might cause some to conflate concussion with CTE, which takes years of chronic head injuries to develop.

“A concussion is a serious injury and should be treated as such,” said Dr. Kate Zhong, Senior Director of Clinical Research and Development for the Cleveland Clinic Lou Ruvo Center for Brain Health. “However, having a concussion does not automatically put one on the path to CTE.”

Between 1.6 million and 3.8 million Americans suffer a concussion each year, and all but a tiny sliver recover fully. Drs. Richard Figler and Andrew Russman, both with the Cleveland Clinic, discuss in a recent blog post what concussions are and how they are treated. Some highlights are:

Dr. Charles Bernick, who studies the brain health of former football players and other athletes at the Cleveland Clinic Lou Ruvo Center for Brain Health, cheered the greater public interest. “For young people and their parents, the decision to participate in football and other contact sports must be an informed decision — and there is no one size fits all answer,” he said. “Learn the facts, talk to your doctor, and discuss it as a family.”