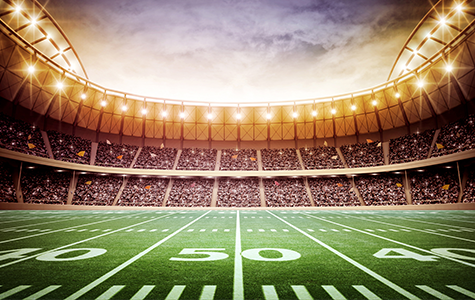 While inescapable hoopla surrounds the upcoming Super Bowl between the Carolina Panthers and the Denver Broncos, some work quietly to find ways to make football safer.

One of those is Dr. Charles Bernick, Associate Medical Director for the Cleveland Clinic Lou Ruvo Center for Brain Health, who is playing a key role in the National Institutes of Health research into the brain health of former football players.

Far too many of today’s gridiron heroes become tomorrow’s broken men, with the NFL predicting that nearly one-third of retired players will develop long-term cognitive problems from years of hits to the head, typically starting in childhood.

The issue became a greater part of the public discussion with the recent release of the Will Smith movie “Concussion,” which portrays a doctor’s’ work with the degenerative brain disease chronic traumatic encephalopathy, and the launch in late 2015 of the NIH study to learn how to diagnose the disorder, known as CTE.

The seven-year, $16 million initiative, led by a researcher from Boston University, will assess 240 former players over time through brain imaging and cognitive and physical tests.

“We want to know what the markers are of someone getting worse,” said Dr. Bernick, who is also studying boxers and mixed martial artists and recently unveiled regulatory proposals to make the sports safer.

The hope is that by studying changes in test results, it will be possible to identify those who likely have CTE and develop ways to treat them and provide direction on protecting current and future players. Today there is no certain way to diagnose CTE in living patients.

Dr. Bernick said rule changes like those he proposed for fighters might help in football too, where “bigger, faster players have left equipment lagging behind.”

Listen to a Nevada Public Radio interview with Dr. Bernick by clicking here.