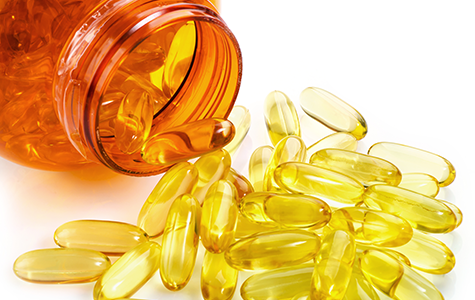 A French study of nearly 2,000 people seems to indicate that good nutrition, supplements, physical and mental activity, and coaching can slow memory loss in older adults.

The Multidomain Alzheimer’s Preventive Trial (MAPT) of more than 1,500 people age 70 and up sought to assess the impact of a regimen of exercise, nutritional counseling, cognitive and social stimulation, and omega-3 fatty acid supplements — alone and in combination. ““Multidomain” refers to the trial’s combination approach that included brain and body exercises and counseling from experts.

The multidomain training was done over a dozen two-hour small-group sessions over two months, which continued with an hour-long session every month. Patients received expert advice on nutrition, exercise, and cognition; were asked to walk 30 minutes a day; and participated in memory training.

After three years, participants were tested for cognitive function by a battery of memory, spatial orientation, and verbal fluency tests.

Dr. Vellas and colleagues found a significant effect for the multidomain groups, whether the patients took DHA or not. Those who took only the supplement or placebo performed worse. “This work reinforces our belief that good nutrition, exercise, mental stimulation, and social interaction are powerful deterrents of memory loss disorders,” said Dr. Kate Zhong, Senior Director of Clinical Research and Development for the Cleveland Clinic Lou Ruvo Center for Brain Health

“I look forward to seeing Dr. Vellas’ work continue and for the study to be published in a peerreviewed journal,” Dr. Zhong said. “These exciting findings were made possible by nearly 2,000 good people who volunteered for the study, and they deserve our thanks.”

For the supplement, patients took a daily dose 800 milligrams daily of docosahexaenoic acid, an omega-3 fatty acid better known as DHA. It is known for its anti-inflammatory properties and some evidence suggests it may lower the risk of Alzheimer’s disease.

Dr. Vellas and his colleagues presented their work during the International Conference on Clinical Trials for Alzheimer’s Disease in Barcelona. He plans to continue the study for two more years. Those interested in participating in the Cleveland Clinic’s Healthy Brains Initiative’s clinical trials can click here.