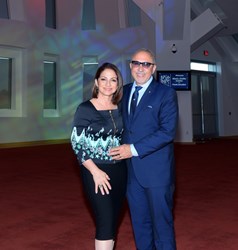 The National Multiple Sclerosis Society designates March as MS Awareness Month to educate the public about the unpredictable, often disabling disease of the brain and body that afflicts more than 2.3 million people worldwide.

In MS, a misfiring immune system leads to nerve damage, causing a variety of symptoms, including vision loss, pain, fatigue, and impaired coordination. Some patients display few symptoms, while others progress at a more rapid decline.

“More people need to know that multiple sclerosis is the No. 1 cause of non-traumatic disability in young adults,” said Dr. Le Hua, a neurologist who treats patients and conducts research as Director of the Cleveland Clinic’s Mellen Program for MS.

While a cure remains elusive, there are a dozen drug therapies available that can slow down the progression of the disease or treat MS symptoms. The future in MS Research is gaining momentum leading the MS Society to declare, “More has been accomplished in the last decade than in the preceding century.”

Working from her offices at the Cleveland Clinic Lou Ruvo Center for Brain Health in Las Vegas, Dr. Hua helps administer the Mellen Program’s five ongoing MS trials, including three that have begun since the beginning of the year.

Along with their research, Dr. Hua and her team also work to add quality to those living with MS. They are supported in their efforts by entertainer Gloria Estefan, who as a young girl watched her father’s health decline from MS.

“During my father’s illness, I put on a brave face, but it was very, very tough,” the singer once recalled. “What happens with a degenerative brain disease is very difficult for the patient and for the family.”

Memories of those challenges stayed with Estefan, and two years ago she and her husband, Emilio, established a patient services program at the Cleveland Clinic Lou Ruvo Center for Brain Health.

“Knowing this position comes from a donor who has a history with the disease motivates you do the best you can,” said Robert McVey, a certified Multiple Sclerosis Specialist who is a Social Worker and case manager whose job is funded through the Estefan’s support. “Patients will write letters to the Estefan’s thanking them. The family story has impact at a personal level.”