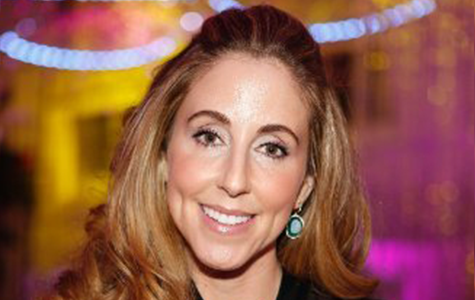 From collecting pennies from schoolchildren to producing events that raise millions of dollars, few work harder than Anna Robins on behalf of the Cleveland Clinic Lou Ruvo Center for Brain Health and its mission to Keep Memory Alive.

She helped create the Power of Love gala, which has raised more than $200 million on behalf of brain health, and is spending the first part of 2016 getting ready for the 20th anniversary of one of the nation’s largest charity events.

Robins, whose title is Senior Director Special Events at Keep Memory Alive the philanthropic arm of the Cleveland Clinic Lou Ruvo Center for Brain Health, also led the recent launch of the Penny for Your Thoughts initiative.

The campaign raises funds from middle school students in Southern Nevada, where the Ruvo Center is located, and also raises awareness of brain health issues by incorporating field trips to the center and campus presentations by Cleveland Clinic staff.

Those achievements and expectations surrounding this year’s milestone gala led to Robins’ recent designation as a Woman to Watch in 2016 by a Las Vegas business magazine. “The award was an honor,” Robins said, “but we are a team committed to an important cause. Recognition like this really salutes our work together on behalf of brain health.” Robins had little time to rest on her laurels. She is busily preparing for the May 21 Power of Love, which will celebrate the 90th birthday of singer Tony Bennett and be held in the MGM Grand Garden Arena.

“Along with raising substantial resources, we have reached more people and taken our message further because of Anna’s efforts and imagination,” said Dr. Zhong, herself a past Woman to Watch award recipient.

To learn more about the Power of Love and for ticket information, click here.